Celebrity News:
Demi Lovato
‘I Didn’t Control Any of My Life’
During My Addiction 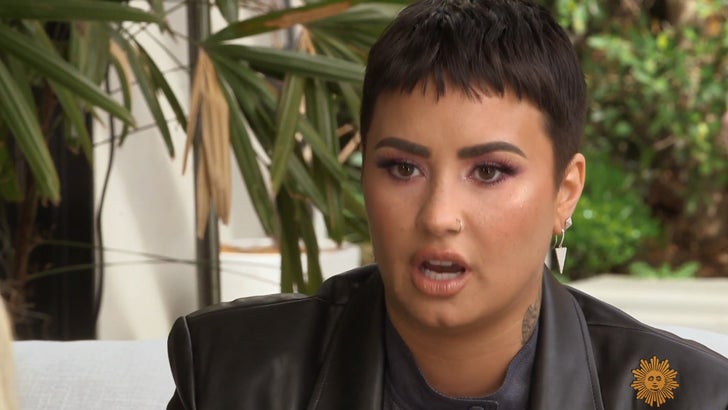 Demi Lovato says her life was so out of control during addiction she couldn’t make big decisions — about her finances — or even little things, like what she ate.

Demi made that revelation on CBS “Sunday Morning News” while talking about her documentary film, “Dancing with the Devil” … and she admitted, “I didn’t control any of my life at that period of time. But yes, I also needed to grow up and take control.”

Demi said things got so bad with her food intake … every time she was in a hotel room her phone was taken away from her so she wouldn’t order room service.

She also opened up a little bit about her recovery, and interestingly she says she’s what they call “California sober.” Demi didn’t dig into what that means for her — and explained why she didn’t want to say — but that’s a phrase that commonly means someone who uses a little marijuana.