BLACKPINK’s Rosé stole the hearts of the celebrity moms on SBS’s “My Ugly Duckling”!

On the March 14 episode of the popular variety show, Rosé made a guest appearance as a special MC. From the very beginning of the episode, the panel of celebrity moms adoringly praised her beauty and talent, with several of them mentioning that she almost felt like their granddaughter.

When host Seo Jang Hoon listed some of BLACKPINK’s many impressive achievements, Rosé humbly responded, “I somehow feel like I’m hearing about someone else [and not us]. I think it feels strange for us as well.”

Rosé then spoke about her solo debut, which had not yet taken place at the time when the “My Ugly Duckling” episode was filmed. “My [title track] is called ‘On The Ground,’” said the idol. “The general meaning of the song is that for those who are searching for meaning in life, we already have the answer within ourselves.” 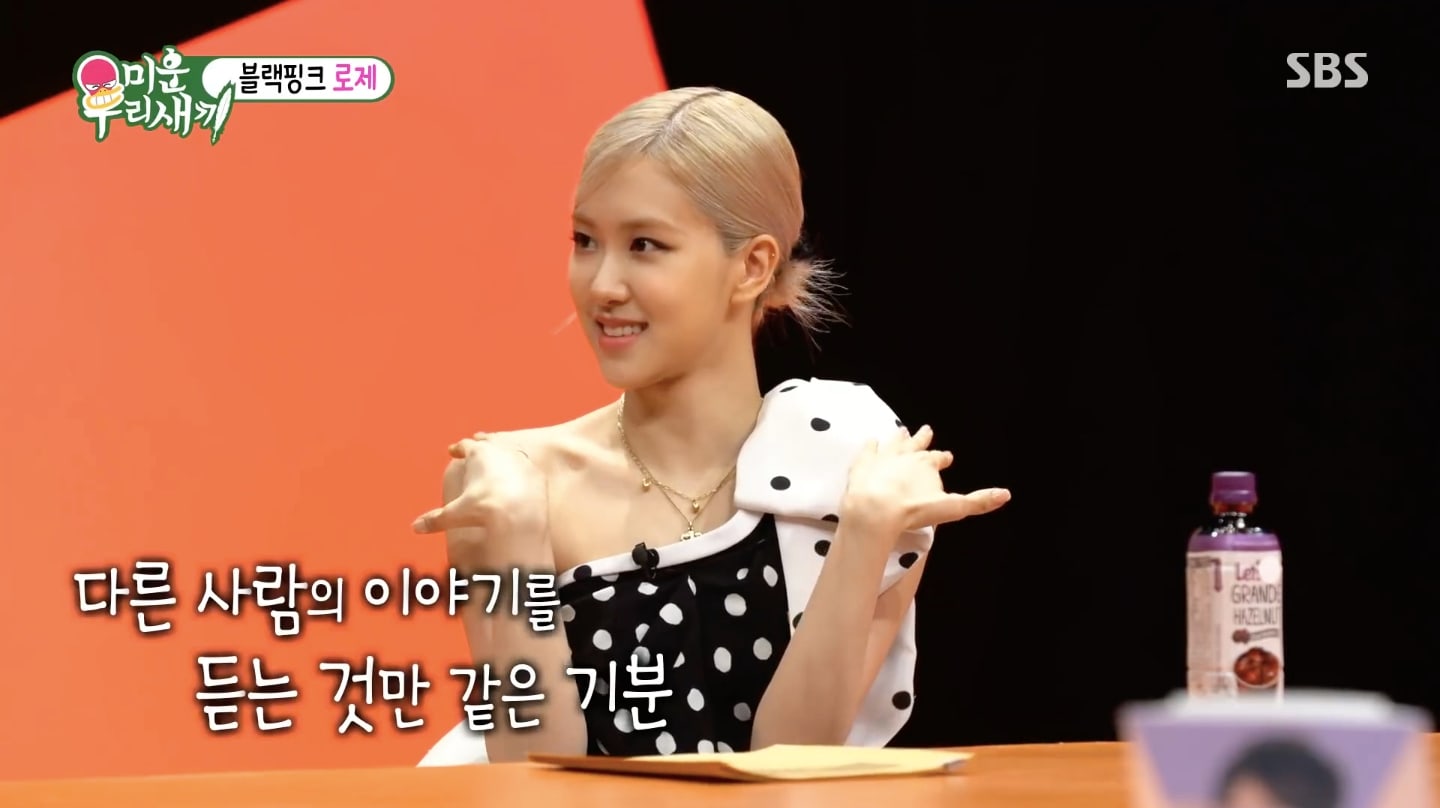 The hosts went on to ask Rosé to name some of the pros and cons of promoting solo, as opposed to promoting together with the rest of the group.

After a moment of thought, Rosé replied, “In terms of what’s difficult, there are times when you feel uncertain about something while promoting [as a singer]. Since I don’t have all the answers, when I’m not sure what to do about something, I typically discuss it with the other BLACKPINK members and ask them for their opinions. We can discuss it and talk things through as a group.”

“But when I’m promoting solo, I have to take the lead and do things on my own,” she continued. “It’s definitely hard not having my friends to rely on.”

“As for the pros of promoting solo,” she added with a laugh, “now that I’m getting ready on my own, it takes less time to get ready. So I can wake up a little later.” 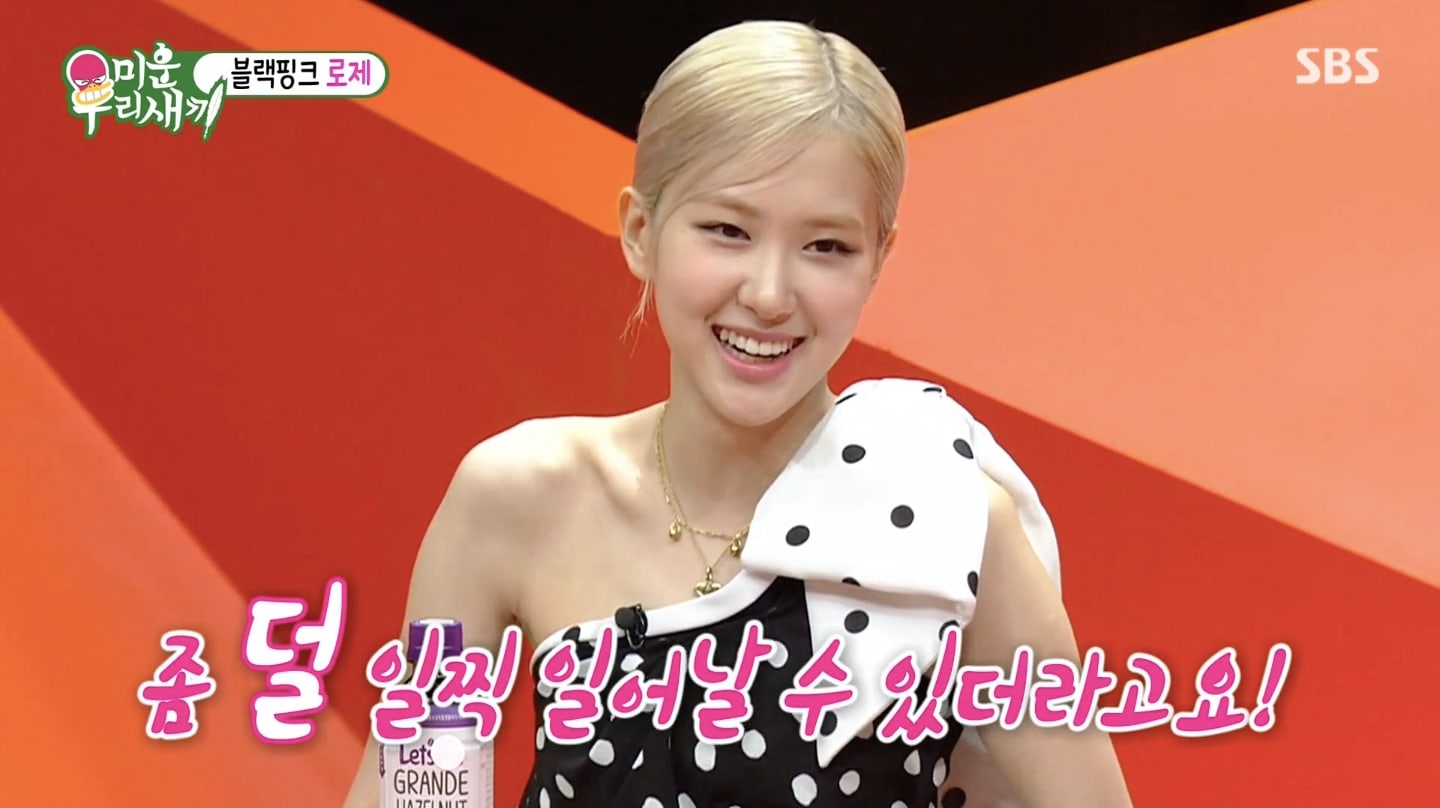 Rosé went on to talk about auditioning for YG Entertainment, sharing that she sang Jason Mraz’s “I Won’t Give Up” at her audition for the company.

When asked if she had any personal rituals or habits that she always adhered to before going on stage, Rosé immediately replied, “Yes. I have to eat rice, no matter what. I always need to eat a traditional Korean meal that includes rice before I go up on stage.”

Rosé explained that she needed to eat rice in order to gain the strength necessary to make it through an entire concert. “It’s really strange, but if I don’t eat rice, I won’t be able to make it until the end of the concert. My arms will get all limp like seaweed.”

When host Shin Dong Yup asked if other foods had the same effect, Rosé firmly responded that it had to be a Korean meal with rice. “No, no, [other cuisines] don’t work,” she said. “I’ve tried other things, like eating bread. Nothing else worked.” 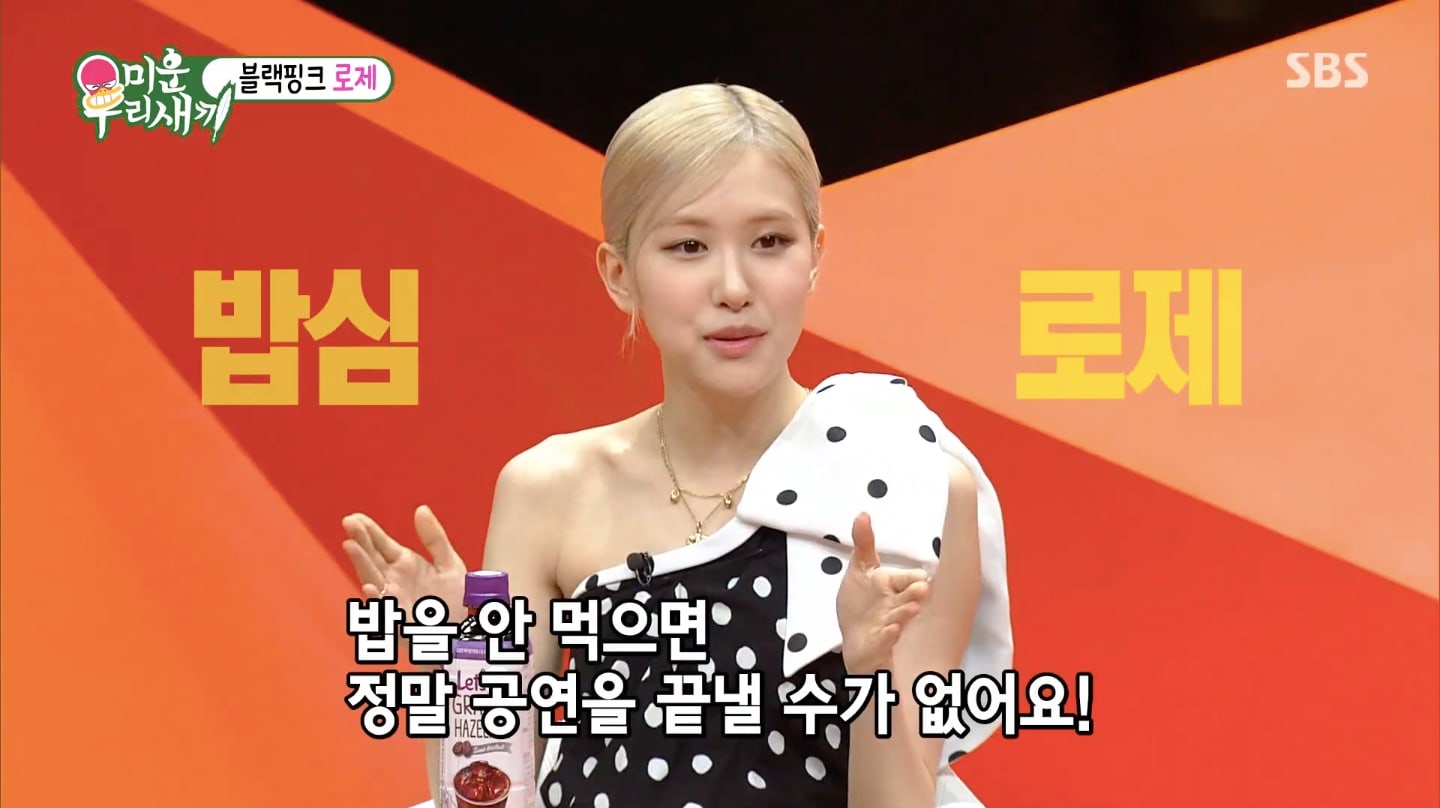 Watch full episodes of “My Ugly Duckling” with English subtitles below!

How does this article make you feel?