Dia Mirza got married to businessman Vaibhav Rekhi on February 15. In an interview, Dia’s stylist Theia Tekchandaney shares important details about the actor’s wedding. She opened up about the wedding look and ceremony and more 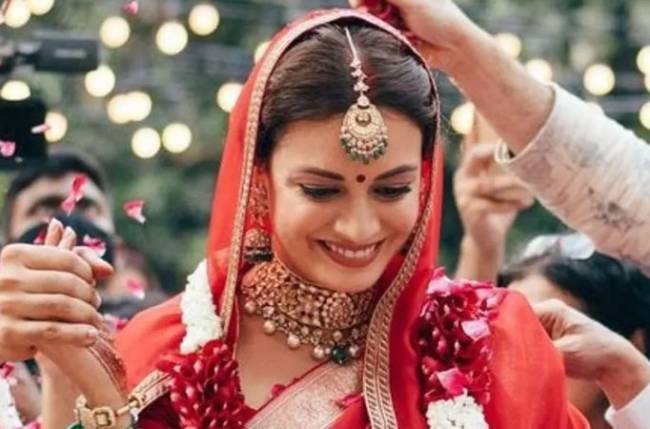 MUMBAI: Dia Mirza got married to businessman Vaibhav Rekhi on February 15. She tied the knot with Vaibhav Rekhi in an intimate Vedic ceremony, held at her home in Mumbai. After the wedding nuptials, the actress dropped pictures from the ceremony. She shared with fans a glimpse from when Vaibhav Rekhi and she took their vows. In an interview, Dia’s stylist Theia Tekchandaney shares important details about the actor’s wedding. She opened up about the actor’s wedding look, ceremony and more.

Theia Tekchandaney revealed what kind of look the actress wanted for her wedding. She said, “Dia has a very classic sensibility and we were sure that we wanted to go for a classic red look for the wedding. So, we chose a beautiful Benarasi saree from Raw Mango and Sanjay (Garg) customised a beautiful odhani with chand tara motifs for the pheras.” When questioned if the look was inspired by anyone, Theia shared that was inspired by a time where simple and elegant clothing let the beauty of the bride shine through.

Sharing some details on Dia Mirza’s wedding look, her stylist shared that she wanted to make sure that the actor’s outfit represented the classic Indian bride. She added, “Given the simplicity of the wedding itself, our focus was to keep it simple and elegant.” Talking about Vaibhav Rekhi’s outfit, Dia’s stylist revealed why the couple did not opt for similar-coloured outfits and follow the trend. She said, “Well, because we chose red for her, I felt all-white for him would be a nice contrast. Vaibhav is also a very simple person who wanted to keep things fuss-free.”

Meanwhile, as Theia Tekchandaney was also one of the guests attending the celebrity wedding when asked if there was anything particular that Dia wanted, she said that the ceremony was “everything she wanted”. She said, “Given the times we are living in, the wedding was everything she wanted. It happened at home with her closest friends and family. And she made for a beautiful radiant bride.” Dia’s stylist also revealed that she has met Vaibhav Rekhi in person and spoke highly of him. She called Rekhi a ‘wonderful person’.

Also read: Kuch Toh Hai: Harsh Rajput and Krishna Mukherjee to perform a dance sequence WITHOUT TOUCHING EACH OTHER

Stay tuned to this space for more updates.

Celebrity Beauty: Asian Paints Returns with its Showcase Web-series ‘Where The Heart Is’ Season 4

Celebrity Beauty: WILLIAMS SONOMA AND NO KID HUNGRY PARTNER WITH CELEBRITIES TO LAUNCH THE...

Celebrity Beauty: From Da Nang to Portland: Key Events of the Last 55 Years