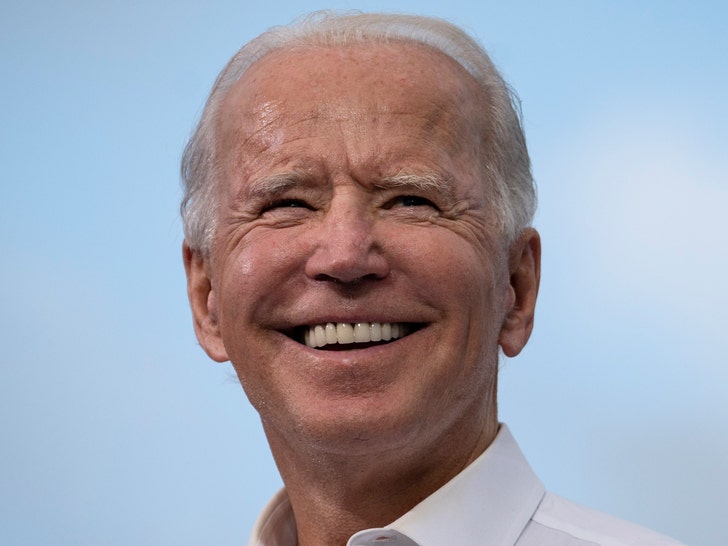 Joe Biden has just been declared the winner of the election, and he’ll become the 46th President of the United States … this according to CNN, NBC, Fox News and BBC … which have all called the election.

President Trump continues to say it ain’t so, but after a new batch of votes in Pennsylvania — which brought 20 more electoral college votes — Biden passed the 270 mark of electoral votes to be the projected winner of the 2020 presidential election.

Barack Obama tweeted his congratulations to Biden and Harris, asking Americans to give them a chance, regardless of who they voted for. 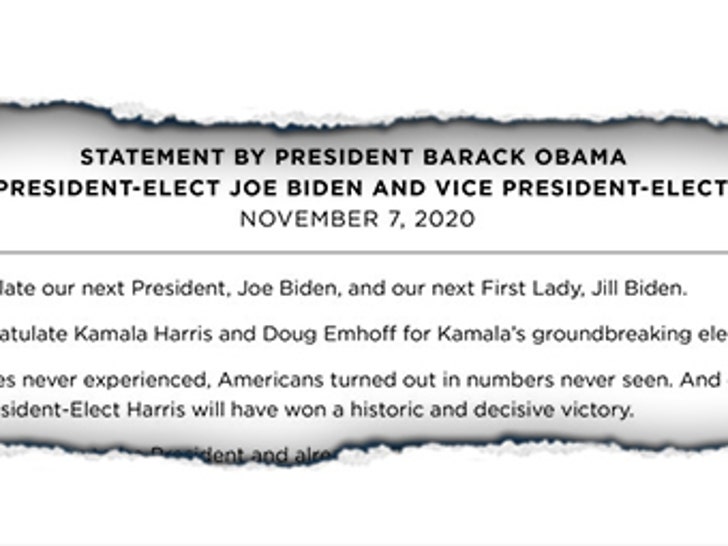 The President-Elect is already vowing to govern for all Americans … including the more than 70 million who did NOT vote for him.

America, I’m honored that you have chosen me to lead our great country.

The work ahead of us will be hard, but I promise you this: I will be a President for all Americans — whether you voted for me or not.

I will keep the faith that you have placed in me. pic.twitter.com/moA9qhmjn8

It’s an historic victory, in many ways, not the least of which is Vice President-Elect Kamala Harris — the first woman, first Black person, and first person of Asian descent to hold the second-highest elected office in America. 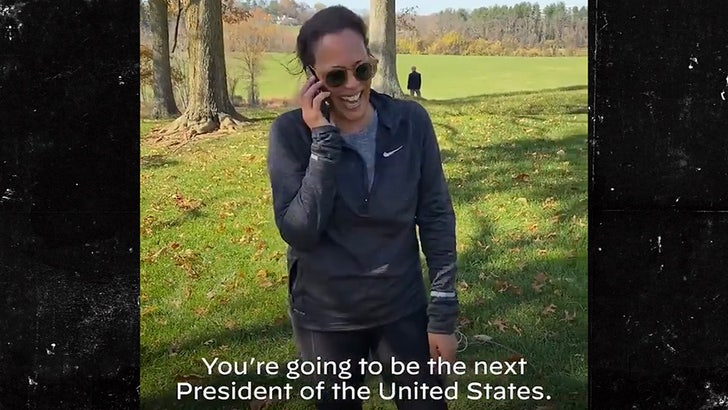 It appears she was out for a morning run when she got the victory news, and immediately called her running mate to celebrate.

Shortly after the announcement, CNN contributor Van Jones had an incredibly emotional reaction to the historic moment. 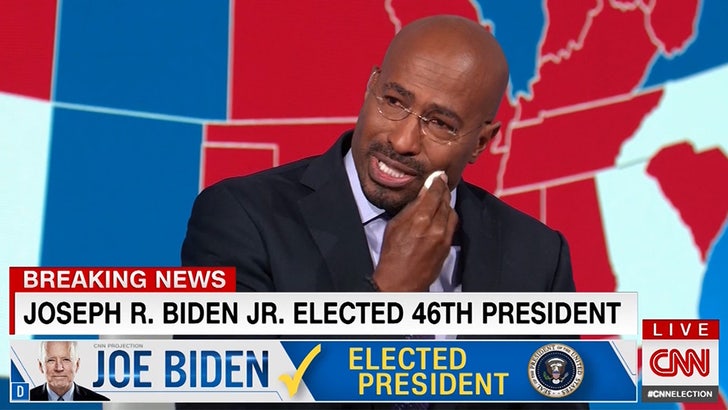 Biden and Harris’ victory comes 4 days after Election Day, and required the painstaking counting of ballots in Georgia, Pennsylvania, Nevada and Arizona. Biden had been trailing in GA and PA until early Friday morning when both flipped from red to blue for Barack Obama‘s former VP.

He also held on in close races in Arizona and Nevada to give him way more electoral votes than he needed to win the presidency. Battleground states Wisconsin and Michigan were called for him earlier this week.

Worth noting, the Biden-Harris ticket managed to flip 3 states — AZ, GA and PA — that President Trump had won back in 2016. The writing had been on the wall for Trump all week … as mail-in ballots were counted, the President’s lead slowly shrunk before Biden overtook him. 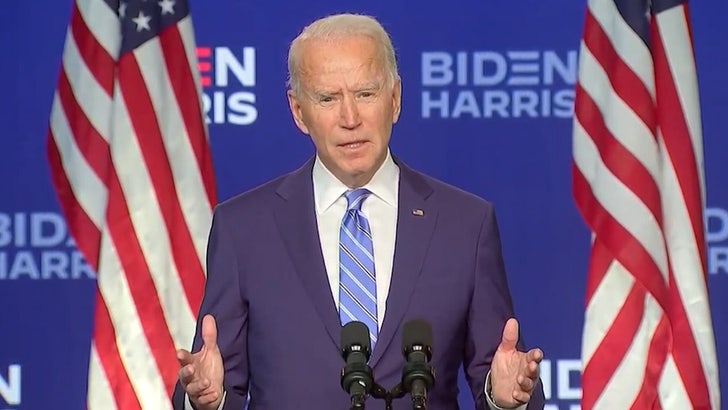 Of course, so many of the state races were incredibly tight — GA’s already declared a recount and PA might be headed for one too.

Trump did win a tight battle in North Carolina, but he’s up in arms about the states where he fell short and claims he’s been cheated — although, his team has yet to present evidence of that.

Despite President-elect Biden’s win, the 2020 election proved to be another big failure for pollsters who predicted he’d have a relatively easy path to victory. For example, Trump handily won Florida by 3.5 points, but one leading polling site predicted Biden winning it by 2.5 points.

The polling fiasco was even worse than 2016, when polls heavily favored a win for Hillary Clinton … and we all know how that went.

Likewise, Democrats fell way short of their predicted “blue wave” in House and Senate races. In fact, Republicans picked up at least 7 seats in the House — practically negating the Dems’ gains in 2018 — and the GOP managed to keep control in the Senate.

President Trump — a self-confessed bad loser — is not taking the results well. Just before the race was projected for Biden, Trump once again tweeted defiantly.

I WON THIS ELECTION, BY A LOT!

Trump has vowed to challenge the result and take his case all the way to the Supreme Court.

Here’s the wild card. The High Court decided a PA ballot issue just 2 weeks ago, and the vote was 4-4. That was before Justice Amy Coney Barrett was on the job. If Trump’s battle does get kicked up to SCOTUS, she could end up deciding the election.