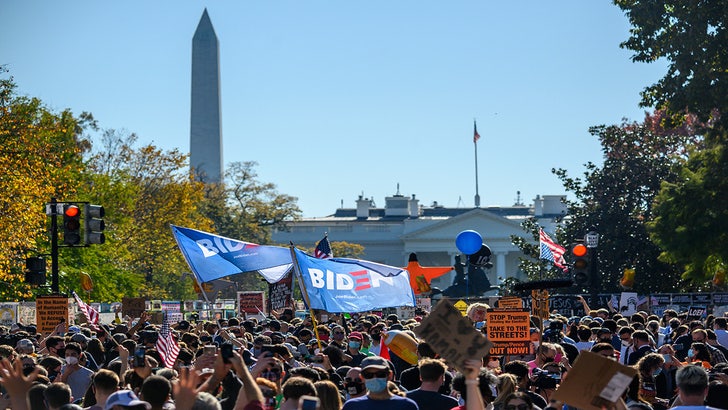 Thousands of people showed up at the fortified gates of 1600 Pennsylvania Ave, cheering the news Joe Biden has been declared President. They also marched through nearby DC streets as a flatbed truck drove through blaring “Y.M.C.A.” 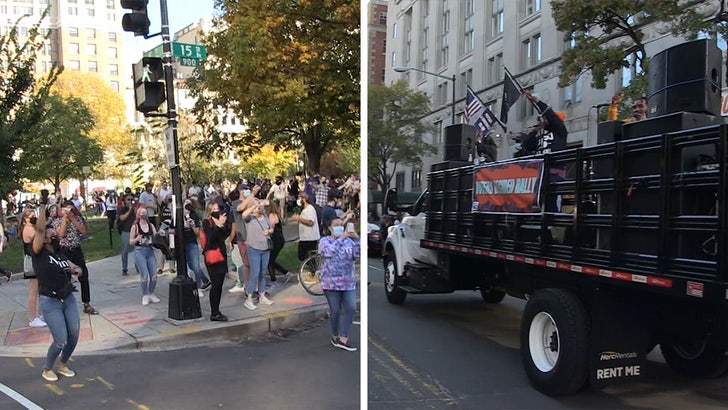 As the MC onboard the truck put it, “We took his song back.” The sitting President made the Village People classic a staple at his campaign rallies.

The DC gathering is all the more meaningful given what happened this past summer, when protesters were gassed and beaten so Trump could have a photo op at a nearby church.

WATCH: Biden supporters in Philadelphia cheer and celebrate the results of the 2020 election https://t.co/KuhrQtuEZG #Election2020 pic.twitter.com/fDNitT0t7v

Of course, there was a huge crowd that gathered in Philly, which is what allowed networks to call the election. The celebration was wild. 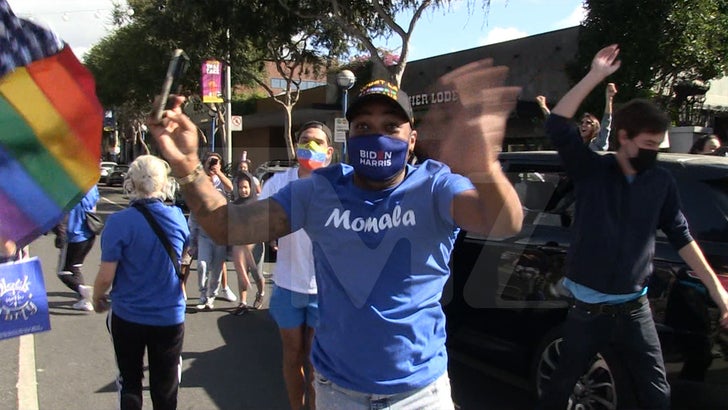 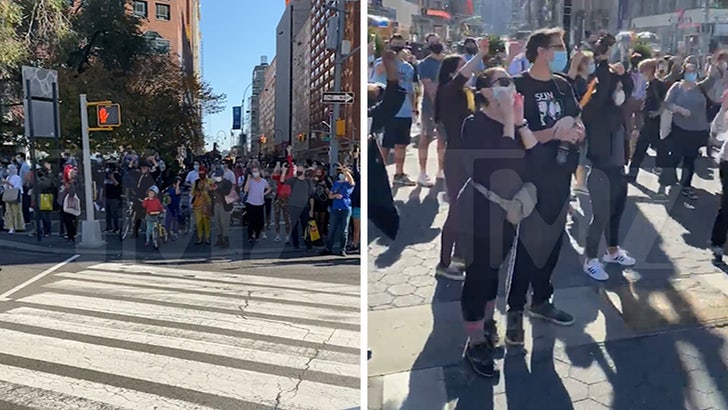 A massive crowd also assembled in New York City’s Union Square, where folks celebrated with horn-honking, banging pots and pans, lots of cheering and people literally jumping up and down in the streets. Spike Lee broke out the champagne in a spirited celebration.

We’re going to update the celebrations all day, so come back soon!!!